New Stuff From Adobe MAX for my clients 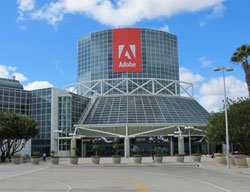 Just returned from a remarkable Adobe Conference.  We learned about something called Abobe Business Catalyst, which might just be a very useful tool for some of my clients who want to start using “The Cloud” instead of worrying about upgrading software, especially ecommerce clients.  You can try it for free and I’ll be doing some developments projects over the next few weeks so I will be able to see where it might fit in.  I also got to preview a new product called Adobe Edge that is a little minnie Flash, perfect for Web Developers looking to add a little interactive animation.  In January they will also be releasing a product called Muse that Adobe claims will let designers do more with less code.  New 3D features in Photoshop, fun rounding corners in FireWorks, and exotic plus with Illustrator.  Not sure how many people attended but felt like a cast of thousands.